It’s much easier to get a cloth elf and a plush teddy bear chew toy into a dog than to get them out.

Thor, a 13-year-old Dutch shepherd and former police narcotics dog, swallowed the two items – a Christmas decoration and his canine buddy’s favorite chew toy – at the home of owner Chris Sparks sometime on or before Dec. 10.

Thor threw up several times that day, then seemingly returned to normal for a few days before throwing up again on Dec. 13 and 14. By the morning of Dec. 15, Thor was mostly vomiting bile, and Sparks took his dog to a veterinary clinic in Floyd.

“The vet said his pancreas readings were off the charts,” Sparks recalled. So Thor was treated for pancreatitis.

That seemed to work for a while, but by Dec. 18, Thor was back to vomiting and refusing all food and medicine. “I called my vet’s office but they were closed for the holiday,” Sparks said. “So I spoke with one of the vet techs. I told her there was a sulfur smell when Thor threw up. When I told her that, she said take him immediately to Virginia Tech.”

Because the two items in Thor’s digestive tract were not metallic, X-rays at the veterinary clinic did not identify them. But an ultrasound, performed by radiology resident Michael Ciepluch at the teaching hospital, was able to detect the items in Thor’s stomach and upper intestines.

“There was a chance that we could get it with an endoscope and not actually have to do surgery,” said Blake Andrews, an intern in small animal clinical sciences who was on duty when Thor was brought in.

Timothy Bolton, clinical assistant professor of animal internal medicine, gingerly placed the endoscope into Thor’s esophagus and stomach, getting hold of one item with it and pulling it back out through the dog’s mouth.

“We were able to remove one of the two foreign bodies with the endoscope,” Andrews said. “But the second one was not able to safely come through the esophagus with the endoscope. And, so, at that point, he was moved into an operating room and had a surgery to cut into the stomach and get it that way.”

The first item, identified initially as a sock, though hardly recognizable as anything, turned out to be a small stuffed elf, Sparks said.

The second, more problematic item was a Kong brand plush teddy bear stuffed toy, that also had a knotted rope that could not come back up through the esophagus. That bear “is the favorite toy in the world” of the Sparks’ other dog, Otto, a German shepherd.

“The treatment and care he got there at Tech were just amazing,” Sparks said. “And the doctor called to check up on him after surgery. Everybody there loved him.”

Sparks adopted Thor as his own after years of working with him in drug interdiction for the Virginia State Police.

“He was an amazing partner, a good working dog,” Sparks said. “I couldn’t even begin to tell you the total of drugs and assets seized based on his work. It was millions of dollars.”

Sparks said Thor proved to be too gentle a dog for some of the more aggressive aspects of police work, and remained focused on sniffing out drugs during this service.

The costs for Thor’s treatment were covered by Paws of Honor, a Williamsburg, Virginia-based nonprofit specializing in care for retired police and military dogs, and by the Veterinary Teaching Hospital’s Working & Service Dog Support fund.

Paws of Honor provides veterinary care and products at no charge for retired military and law enforcement K-9s across America that have served our country, locally or globally.

The Veterinary Teaching Hospital’s Working & Service Dog Support fund was established in 2011 by former faculty Bess Pierce. Pierce spent more than 24 years in the US Army Veterinary Corps in the active duty and reserve components. The Corps is responsible for the veterinary care and conditioning of working dogs across all military branches. The Working & Service Dog Support Fund relies entirely on external donations for support.

Bobbi Conner, clinical associate professor and emergency and critical care director at the teaching hospital, led the surgery on Thor.

Conner said the effort to treat Thor reflected the teamwork of the teaching hospital, with somewhere between 20 and 30 people involved, ranging from senior faculty to technicians, interns, residents, and veterinary students.

She also said it was proof that it’s not just puppies who get into trouble doing things they shouldn’t.

“Older dogs do dumb things, too,” said Conner. ”And his owner even said he  thinks he’s still 2 years old. I have a soft spot in my heart for old dogs that do young dog things.”

Conner said Thor had a history of similar issues, including ingesting a towel he once passed out the back end during his training many years ago.

“One funny but scary thing,” Sparks said. “My wife and I came to Oak Island (North Carolina) this week. Thor started throwing up again … and he threw up another of the elves.”

Written by Kevin Myatt, Writer/Editor for the Virginia-Maryland College of Veterinary Medicine 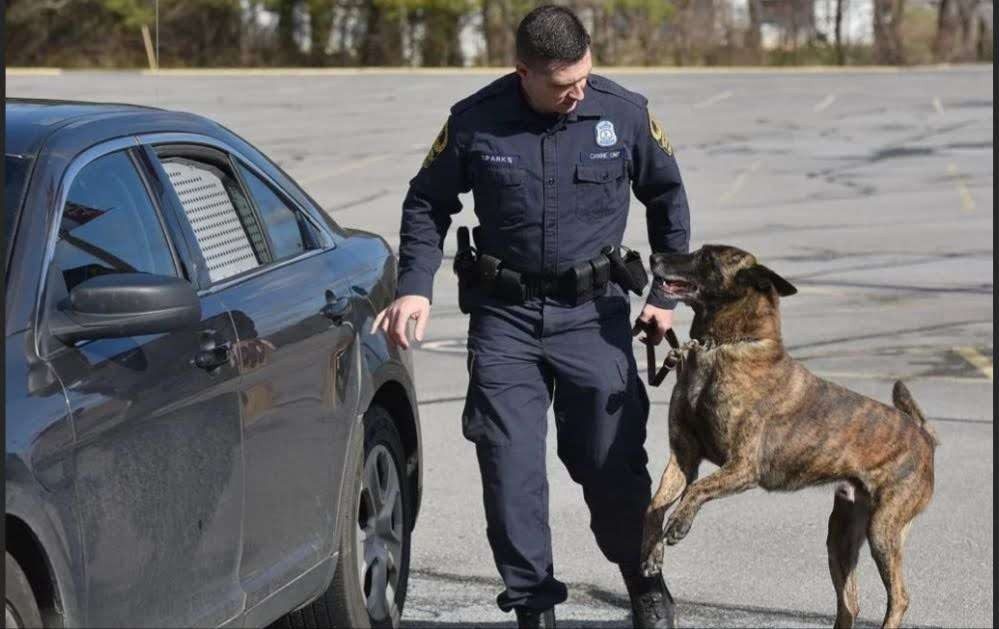 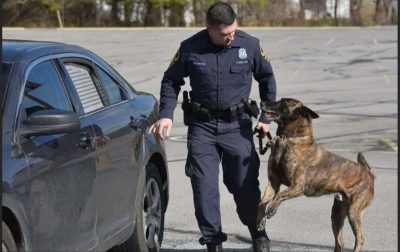 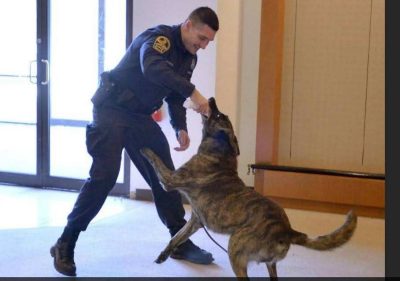 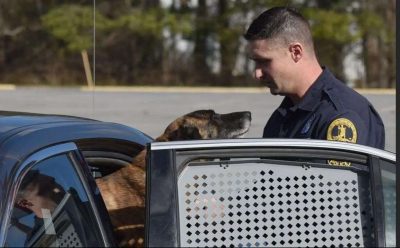 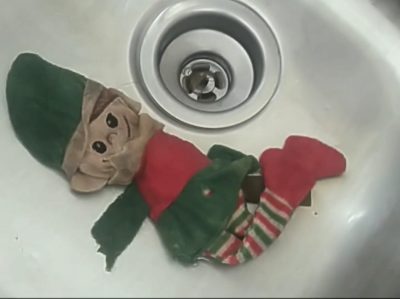 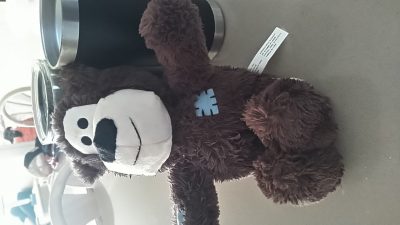 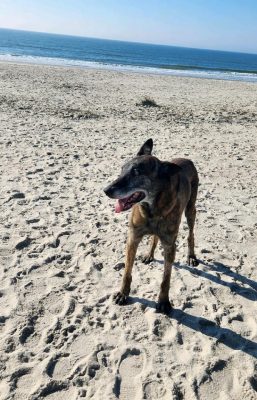