Veterinary student is commissioned into the U.S. Public Health Service and wins elite internship in a nationwide competition

William Boyd, a fourth-year public and corporate Doctor of Veterinary Medicine student also enrolled in the Masters of Public Health Program, was recently commissioned as an Ensign in the United States Public Health Service Commissioned Corps (USPHS). He will join an elite team of more than 6,000 public health professionals.

As one of America's eight uniformed services, the Commissioned Corps fills essential public health leadership and service roles within the nation's federal government. The Commissioned Corps emergency response teams are the first line of defense in public health crises and other emergencies such as natural disasters, disease outbreaks or terrorist attacks, both state-side and overseas. Officers have responded to emergencies such as the Ebola response in West Africa, Hurricane Katrina, and the Deepwater Horizon oil spill.

"I'm really excited," said Boyd. "This ceremony marks a transition from being a civilian to wearing the cloth of uniformed service and taking up the responsibility to be the first responder. It's a huge honor to be called in to respond to the nation's needs in times of public health crisis - whether monkeypox, Ebola or COVID-19, we provide the infrastructure to support the U.S. and countries around the world."

The commissioning ceremony is focused on the military history of accepting commissioned officers' positions in a naval format. The service began in 1798 as the Marine Hospital Service, which cared for sick and injured sailors. The federal government recognized a need for a health service that could rapidly deploy and work alongside the other military services.

Rear Admiral Terri Clark, U.S Public Health Service (retired), presiding over the ceremony, said, "For more than 200 years, men and women have served our nation in what is today called the Commission Corps of the United States Public Health Service. If you've ever been to Ellis Island, off New York City, you will see pictures of uniformed officers helping with the immigration process. That's actually the Public Health Service officers you see in those pictures. It's my honor to be part of this ceremony. One of the best things that you can do as an officer is to be part of the moment when one of your fellow officers makes rank, or certainly in the case for Will, as he's putting on his rank today for the first time, a very special start his career."

During the ceremony, Boyd's parents placed his shoulder board ranks on his uniform, and his brother put on his jacket and cover. His uncle, a retired Naval chief warrant officer, also delivered his commissioning oath. "It was very personal," said Boyd.

The USPHS has a prestigious internship called the Senior Commissioned Officer Student Training and Extern Program (SRCOSTEP). It's one of several elite internships that provide paid opportunities for undergraduate and graduate students to further their education and secure employment upon graduation. It is awarded to students entering their final year of graduate school. Students receive basic pay and allowances of an ensign while in the program and are guaranteed a spot in the USPHS Commissioned Corps upon graduation. Boyd was the only veterinary student nationwide to receive this honor.

A significant component of his application was Boyd's involvement in research, including a vaccine study looking at the effectiveness of an RNA particle vaccine against porcine rotavirus and a second project that looked at the relationship between dairy cattle carcasses and the prevalence of Salmonella. Currently, he is working on a disease surveillance project for zoonotic diseases in wild little brown bats.

In addition to unique research opportunities, Boyd also took on extra experiences that likely made him stand out nationally for the SRCOSTEP award. "One summer, I worked for the U.S. Secretary of Agriculture writing policy briefs for federal responses to COVID and meat plant shutdowns. I was all over the place because I understood animal health, production systems and viruses. I think I stood out for this award because of all those factors put together - the research endeavors, extra projects, and networking that I've sought at the college, especially the mentorship events, like Connect 2021. I'm always networking to find people oriented toward public service. I do this because the individuals I have worked with have been a launching point, allowing me to meet officers in the Public Health Service and in a wide array of federal agencies, which has broadened my understanding of the field of veterinary medicine," said Boyd.

After many years of coursework and fieldwork, Boyd will officially reap the fruits of his labor at the end of the 2022-2023 school year.

"After graduation, my official title is Supervisory Public Health Veterinarian. I will uphold federal food safety standards and regulations while supervising and assisting federal food safety inspectors. I will also be promoted to Lieutenant within the Commissioned Corps. I'm told it could be overwhelming to have two jobs at once, but I know people who do it and love it. I don't know where I'll be deployed, but I'm excited to travel around the country or the world."

Rear Admiral Kis Robertson-Hale, deputy assistant administrator, chief public health veterinarian, Food Safety and Inspection Service (FSIS), who addressed the commissioning ceremony via zoom link, said, "He (Boyd) deserves to be commended for the commitment he is making to our country. The Food Safety and Inspection Service is the public health agency within the U.S. Department of Agriculture that regulates the safety of meat, poultry and processed egg products. We need hard-working public health-minded professionals, both veterinary and non-veterinary, working in our slaughter and processing establishments because so much of our nation's well-being depends on a food supply that is dependable and trustworthy. I am fully confident that Will Boyd will continue the tradition of leadership service, integrity and excellence that Commissioned Corps officers past and present have established at FSIS. Will, we welcome you with open arms, and I salute you." 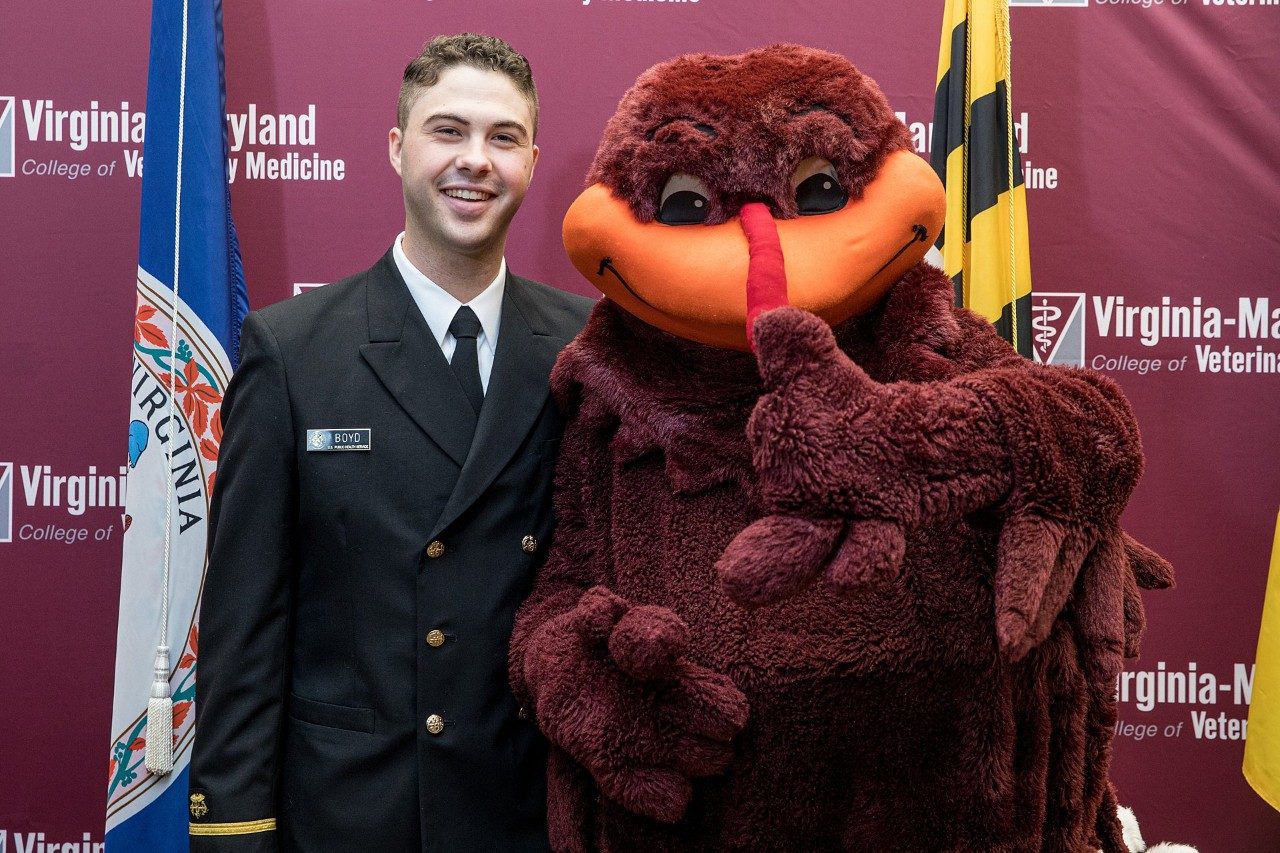 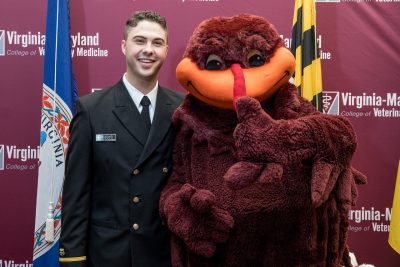 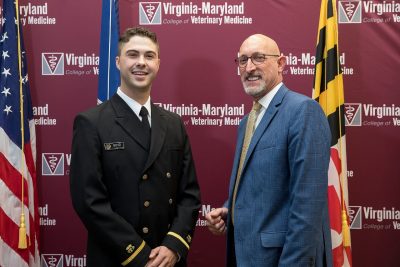 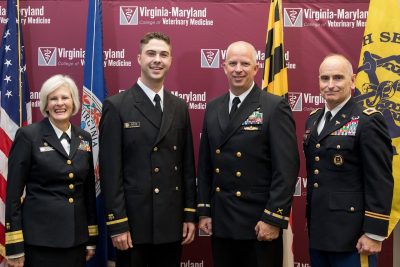 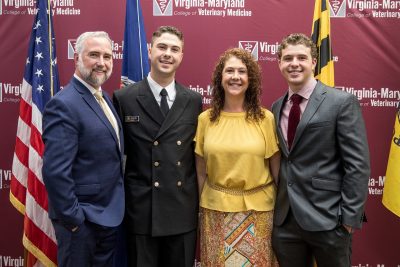 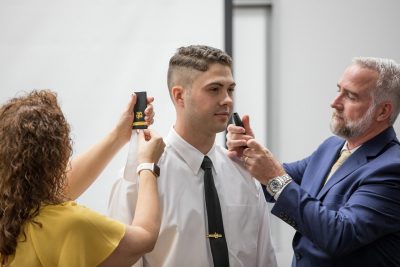 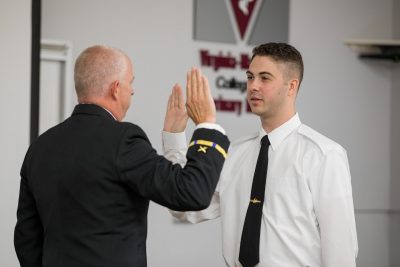 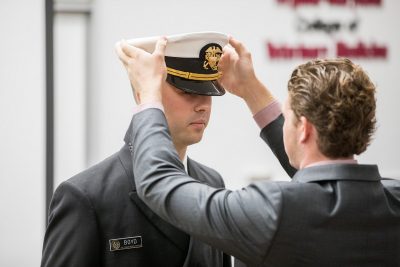 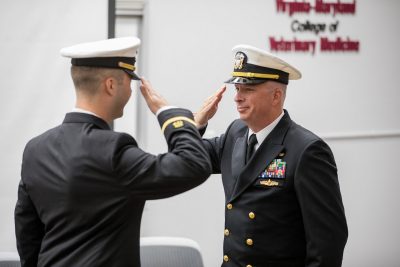 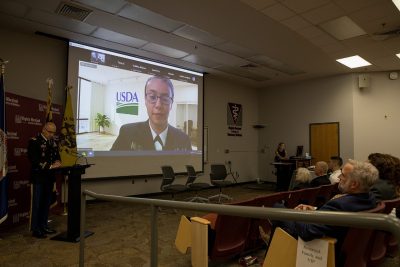 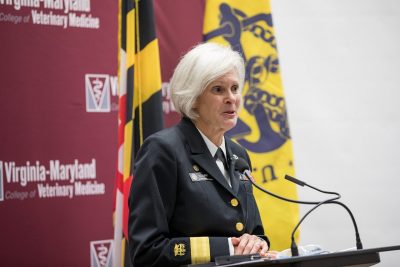 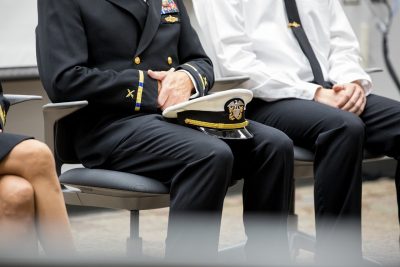 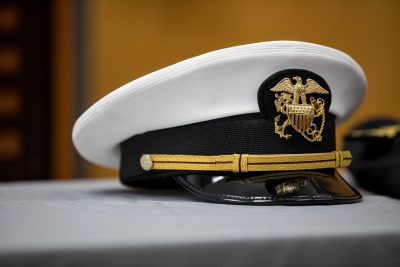