On April 21 2022, Colonel Gary Cooper, Commander, U.S. Army Medical Recruiting Brigade, traveled with his command team to Blacksburg to induct into the Army three first-year students. Graci Bettendorf, Victoria Ice-Gipson, and Andrew Ramirez are three of the 33 veterinary students across the country selected for this highly competitive scholarship program. Colonel Cooper administered the oath of office that commissioned them as Second Lieutenants in the Army. Upon graduation, they will be promoted to Captains in the Veterinary Corps, where they will provide animal medicine and food sanitation, and safety support to all branches of the Department of Defense.

The recruiting team also took the opportunity to thank Jay Kyle (BS '88, DVM '93) associate director of student success, Office of Academic Affairs for his dedicated selfless service and support to the 1st Medical Recruiting Battalion and the United States Army.

Congratulations to all three students and thank you to Colonel Cooper and his team for traveling to join us in person. 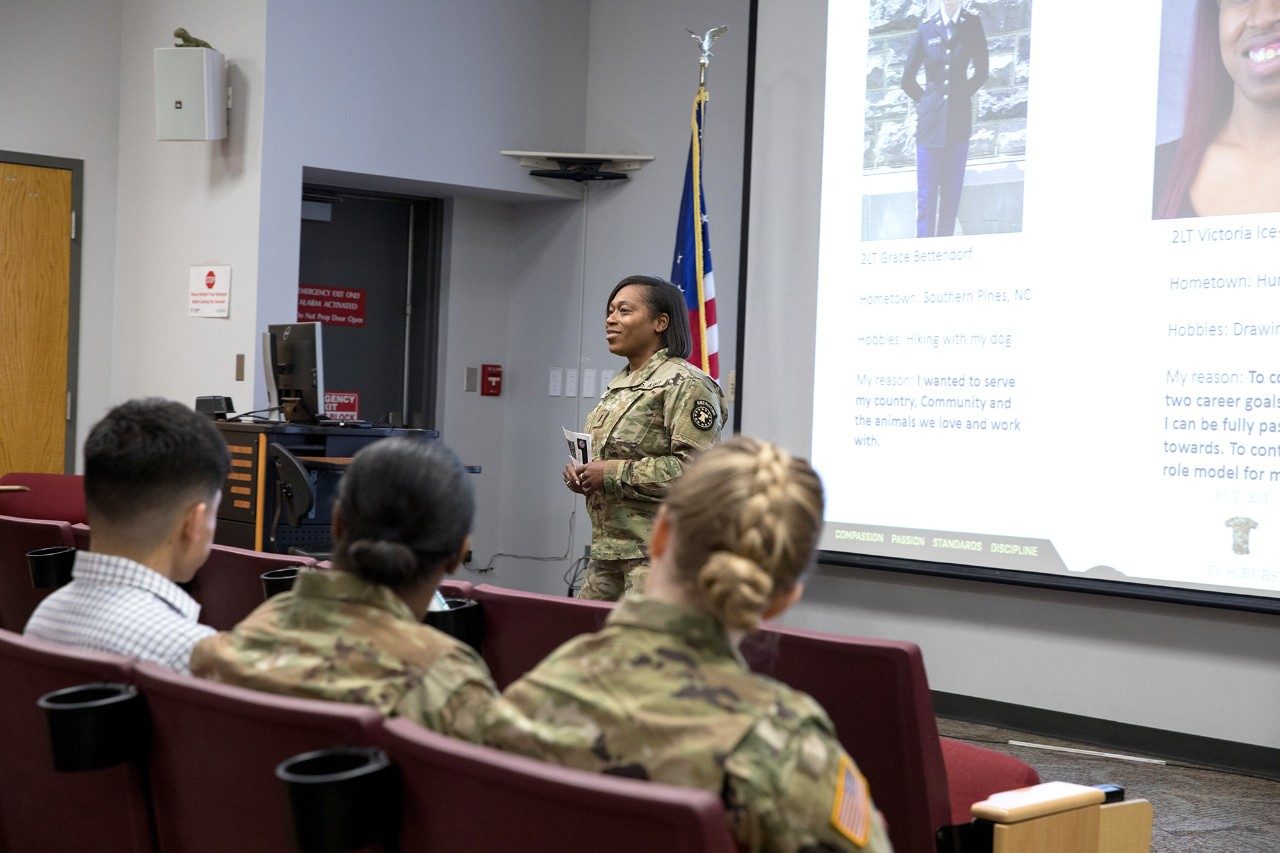 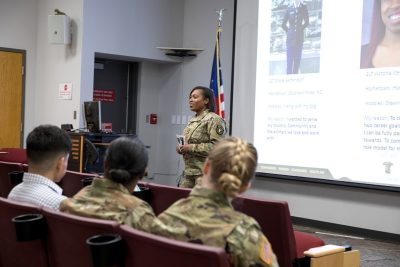 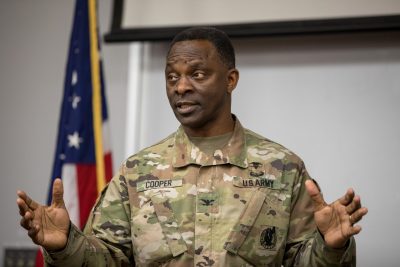 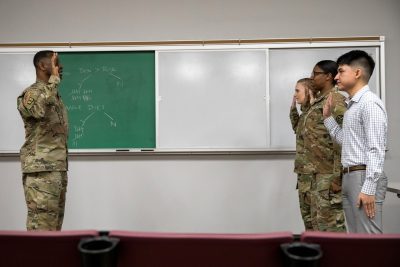 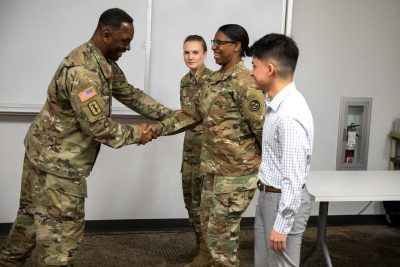 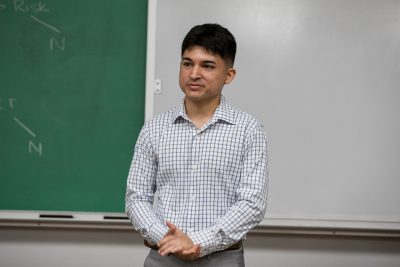 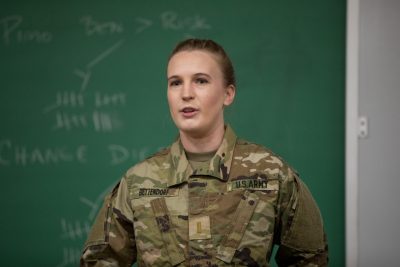 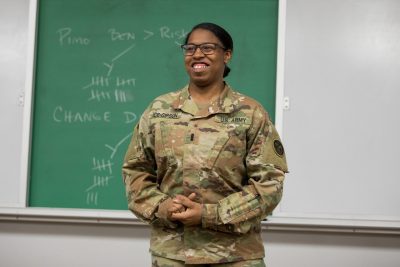 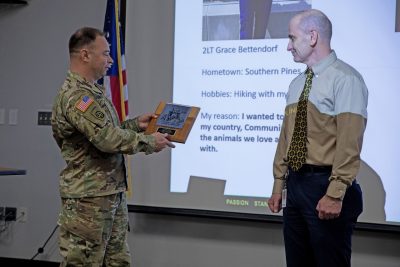